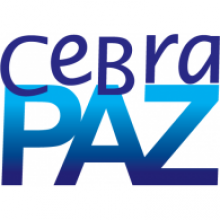 It is with revolt that we condemn and denounce Israel’s policy of persecution and intimidation of international activists, including Brazilians, who are part of the international movement of solidarity with the Palestinian people in their just cause for an end of the Israeli occupation.

We denounce that the political scientist and journalist Moara Crivelente, who is a member of the Brazilian Center of Solidarity with the Peoples and Struggle for Peace (Cebrapaz) was questioned, detained and deported when she tried to reach occupied Palestine for a course on International Law, as part of her PhD research. Moara had already visited Palestine a few times before and met local social movements, reason for which the security authorities questioned her repeatedly, demanding information on the people she met and the places she visited. They also asked her for her cellphone’s password.

Upon her refusal, facing this arbitrariness as a hypothetical condition for her entrance to be allowed, Moara was transferred accross many rooms in the long preparation for her deportation (with thorough searches, fingerprint and photograph taken and more questionings) until her transport to a facility where she was detained, by the Population, Immigration and Borders Authority of Israel’s Ministry of Interior, and where she waited for her flight back. Her deportation was allegedly for “security reasons”, which the Israeli authorities said they do not need to justify, and her return is banned for a period of 10 years.

The persecution of activists who show solidarity with the Palestinian people is ever harsher, but it is not a new practice. We join all international social movements condemning the violence and the crimes in which the Israeli occupation of Palestine is sustained and manifest our committed solidarity with the Palestinian people in their struggle for liberation, for peace and for justice. Their resistance is the real target of these repression, censorship and persecution policies.

We demand, moreover, that the Israeli authorities give explanations about the deportation of numerous international activists that were already expelled and we demand that the Brazilian Government takes a stand before this arbitrariness of Israel’s attempt to intimidate.

For a Free Palestine and for the end of the Israeli occupation,

Long live the solidarity among the peoples, in our struggle for peace!