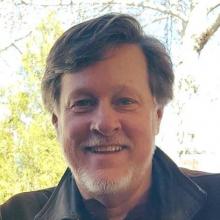 September 6 is a very sad day for the people’s movement in the United States. In the early hours of this day, we lost one our most beloved and treasured comrades. Kevin was not only a comrade, but a dear friend and brother to all of us. We were honored to have him as our comrade in struggle.

No one can forget Kevin’s heroic act, along with Margaret, Adrienne and David, of refusing to leave the Embassy of the Bolivarian Government of Venezuela, at a very high price to themselves, in order to prevent the transfer of its control to the representatives of U.S. puppet, Juan Guaidó. In doing so, they became not only our heroes, but those of all anti-imperialist peoples and movements around the world, especially the revolutionary people of Venezuela.

But Kevin’s outstanding role in the movement was not limited to his last heroic act. For years, he co-directed the Popular Resistance with Margaret Flowers — his partner in life — which has been one of the main sources of truly anti-imperialist information and analysis for the peace movement. As members of the National Board of the U.S. Peace Council, Executive Committee of the Coalition Against U.S. Foreign Military Bases, and Global Campaign Against US/NATO Military Bases, Kevin and Margaret played a key role organizing two extremely successful conferences against U.S. And NATO Military Bases, the first in Baltimore, Maryland in January 2018, and the second in Dublin, Ireland, in November 2018.

Throughout these years, we have been benefiting from Kevin’s profound knowledge, wisdom and anti-imperialist commitment and vision. His absence will be felt during every step we will take from now on. But his comradely presence will be with us forever.