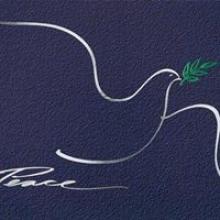 We have received reports of the terrorist attacks on the Majlis, Iranian Parliament, in the heart of Tehran, and also in the grounds of Ayatollah Khomeini’s mausoleum in Behesht-e Zahra cemetery in south Tehran. According to some reports, the Daesh (Islamic State) terrorist group has claimed responsibility for these murderous and inhumane acts. There are reports of several fatalities and injuries.

As an organisation devoted to the campaign for peace, the Association for Defence of Peace, Democracy and Solidarity-Iran (ADPSD-Iran) resolutely and unreservedly condemns today’s terrorist attacks in Tehran and their perpetrators, whoever they are. ADPSD-Iran condemns terrorism in any shape or form.

Although there are reports that Daesh has accepted responsibility for these attacks, the key issue for us is that they have taken place only days after the visit of the US President to Saudi Arabia during which he met and discussed regional issues and his plan for a “new” Middle East. The provocative and dangerous statements by the US President and his Saudi hosts in singling out the Islamic Republic of Iran as the main source of terrorism in the region could not but give the green light to the dark forces being trained and prepared in advance of such actions. ADPSD-Iran, while condemning the murderous Daesh as the immediate perpetrators of these barbarous acts, places the ultimate responsibility for these attacks squarely on the shoulders of the US, Saudi Arabia and their allies in the Middle East. There is ample evidence that each of these have had a part in instigating these terrorist attacks.

The US President’s visit to Saudi Arabia, his meeting with leaders of the Persian Gulf States and the irresponsible statements made by Donald Trump and his Secretary of State, Rex Tillerson, are the key elements in provoking such a tragic terrorist attack by Daesh at this time. The fact that Iran has become “a near obsession” of the Trump administration and its principal strategists - National Security Adviser, H R McMaster, and Defence Secretary, James Mattis - is widely acknowledged.

The United States actions and policies are aimed at neutralising Iran’s influence in the Middle East, and in particular Syria and Iraq, and the emergence of a compliant regime in every sense of the word.

That Mohammad Bin Salman Al Saud, the Deputy Crown Prince and Minister of Defence of Saudi Arabia, had threatened on May 2nd that his government would take the war inside the borders of Iran cannot be coincidental.

It’s not surprising that in the past few days we have seen divisions opening up in the Gulf Cooperation Council. It is clear that not all members are content to go along with the decisions of the Saudi dictatorial rulers in supporting the US’ new plan for the Middle East.

These dangerous but futile attempts are doomed to failure as people understand and view them to be an attempt to create chaos in Iran so as to progress the dangerous plans of US Imperialism and their Saudi Arabian allies. The people of Iran have repeatedly spoken against war and terrorism. They are struggling for peace, democracy and human rights, concepts that are alien to the designs of the US rulers and their dictatorial Saudi allies.

ADPSD-Iran believes that the current situation in the Middle East, and the extremely reckless positions and policies of Trump and other policy-makers of the United States, could endanger peace in the Middle East and particularly in Iran. Following a transparent diplomacy based on peace-making as well as protecting the vital interests of the nation and the working people of our country are the urgent needs of the current moment in order to neutralise such threats.

We call upon the World Peace Council, its affiliates and all organisations and individuals campaigning for peace and democracy in the world, to condemn the perpetrators of yesterday’s terrorist attacks in Iran and their masters in imperialist countries, Israel, Saudi Arabia and other reactionary quarters in the Middle East.
We call upon you to extend your militant solidarity with the people of Iran in their complex struggle for peace, human and democratic rights and social justice.
Together we can build a Middle East free from war, terrorism and bloodshed.

The Association for Defence of Peace, Democracy and Solidarity-Iran (ADPSD-Iran)

Association for the Defense of Peace, Solidarity and Democracy - Iran