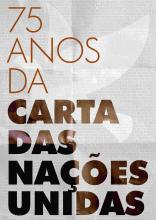 «We the peoples of United Nations determined:
To save succeeding generations from the scourge of war, which twice in our lifetime has brought untold sorrow to mankind;
To reaffirm faith in fundamental human rights, in the dignity and worth of the human person, in the equal rights of men and women and of nations large and small;
To establish conditions under which justice and respect for the obligations arising from treaties and other sources of international law can be maintained;
To promote social progress and better standards of life in larger freedom;
And for these ends:
To practice tolerance and live together in peace with one another as good neighbors;
To unite our strength to maintain international peace and security;
To ensure, by the acceptance of principles and the institution of methods, that armed force shall not be used, save in the common interest;
To employ international machinery for the promotion of the economic and social advancement of all peoples;
Have resolved to combine our efforts to accomplish these aims. »
Introduction to the United Nations Charter

About 50 states, including the winning powers of World War II, signed the United Nations Charter on June 26, 1945, just over a month after the defeat of Nazi-fascism in Europe and when it was still fighting in Asia against the Japanese militarism.
Important objectives and principles were inscribed in the Charter, like the sovereign equality of all States; the settling of international disputes by peaceful means, so that international peace and security, as well as justice, are not endangered; the refraining from the threat or use of force in international relations, namely against the territorial integrity or political independence of any State; the equality of rights and the self-determination of peoples; the development of friendly relations and international cooperation, in order to solve international problems of economic, social, cultural or humanitarian nature – objectives and principles that 75 years later remain in full relevance.
The values and principles that the Charter enshrines, inseparable from the democratic and popular character of anti-fascist resistance and struggle, embody a world order of peace, respect for the self-determination of peoples, equality between states (regardless of their size or economic development) and stimulus to social progress, in rupture with the imposition of the "law of the strongest" in international relations and the colonial dominance imposed on dozens of peoples, which marked the world situation then. The important ideals that guided the peoples of the world in the fight against Nazi-fascism have been shaped by international law since then.
Western powers, which were conjuncturally forced to accept its most advanced principles, never comply with the United Nations Charter and always tried to disrespect and subvert it: the creation and constant strengthening of NATO, the arms race, the successive wars of aggression, blockades and sanctions against sovereign peoples and countries, attempts to prevent the liberation of peoples from colonial and imperialist rule or the permanent purpose of instrumentalizing the United Nations for purposes contrary to the spirit and letter of the Charter are major examples of this reality.
If the United Nations Charter and the world order of peace, sovereignty and cooperation enshrined in it were an achievement of democratic and progressive forces – also restated in the Declaration of Helsinki in 1975 -, the same happens with the defense and the realization of its principles: the greater and broader the struggle of peoples and the peace and solidarity movement are, more likely and effective the application of these principles will be. This is a necessity and a central challenge in the turbulent times in which we live.
In the 75º anniversary of the signing of the United Nations Charter, the Portuguese Council for Peace and Cooperation (CPPC) reaffirms the commitment to always act in favor of values and principles of the Charter, defending the peace, the cooperation among peoples and countries, the disarmament and, therefore, nuclear disarmament, the dissolution of political-military blocs, the respect for national sovereignty and independence – which are also inscribed and developed in the Constitution of the Portuguese Republic. CPPC also appeals to all sincere peacekeepers to participate in actions and campaigns aimed at the full implementation of these values and principles.