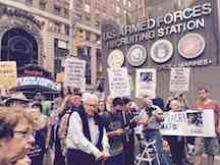 Around 150 people protested outside of an Army recruiting center in Times Square in New York City as NATO met on July 9th in Warsaw, Poland.

Speakers included some of the people on the No to NATO list including Al Marder of the US Peace Council, Bruce Gagnon of the Global Network Against Weapons and Nuclear Power in Space and myself, Joe Lombardo of the United National Antiwar Coalition. Other organizations that supported the action included Code Pink, Veterans for Peace, New Jersey and New York Peace Action, Black Agenda Report, BAYAN and several others.

Other anti-NATO demonstration took place in other cities in the U.S. and Canada. 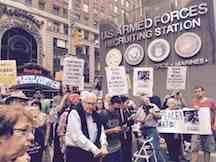 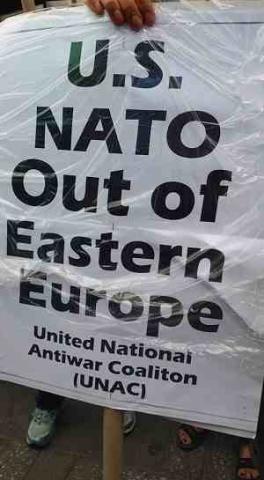 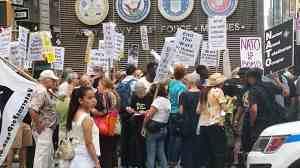