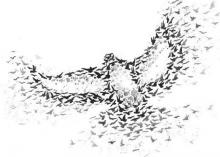 The year of 2016 was full of threats and aggressions against the peoples. But it was also a year of renewed commitment, mobilization and hope in the struggle for a different world which is fairer and based on solidarity, friendship and cooperation among the peoples. Coup d'État, wars and aggressions, invasions, sanctions and the growing militarization of the planet are a few of the imperialist forces' instruments in the promotion of their agenda of dominance over the world, assuring their interests. They cause chaos and humanitarian crises, devastating countries,
degrading national sovereignty and the peoples' rights and violating international law.

We stand by the fundamental principles in the UN Charter and the instruments protecting the nations' sovereignty, human rights, the right to peace, to social justice and to development.
While we continue struggling for the end of nuclear weapons and wars of aggression, against poverty and the offensive on the workers' and the peoples' rights, the great powers spend trillions of dollars in the war industry, the modernization of nuclear weapons and the promotion of a security paranoia which has been serving to invade countries and attack civil and political rights all over the world in an international, systemic crisis that throws us back to the past and robs us of our achievements.

But the peoples resist!

The mobilization of progressive and peace-loving forces is intensifying. During the World Peace Assembly, in November, in Brazil, we have adopted resolutions and committed to actions that will be consolidated in the solidarity between the peoples in the struggle for peace. Together with democratic, patriotic and popular organizations and progressive forces, we will take steps forward against the imperialist, reactionary and conservative offensive all over the planet, to avoid war and achieve a fairer world, building an international order based on Peace, on the respect among the nations, on friendship and on solidarity between the peoples.

In 2017, our actions and resolutions will show, once again, that together we can defeat the forces of regression and war and push forward the struggle for peace. Imperialism is not invincible and, together, we will win! For a new year of peace and solidarity between the peoples,