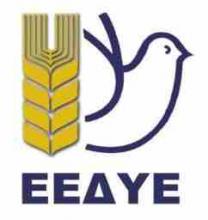 The Greek Committee for International Détente and Peace (EEDYE) denounces and condemns the killer state of Israel for the annexation plans of Palestinian territories and the USA for its support to it. These provocative moves, especially ahead of the Nakba anniversary along with the Trump's "peace of the century" plan, constitute a step of escalation of the aggression against the people of Palestine.
The responsibilities of the European Union, of the imperialist states are just as heavy, covering politically - ideologically all of the crimes against the martyr people of Palestine. Whether in peace, or in pandemic, the imperialists are dangerous for all peoples.
They always work intensively for the benefits of their monopolies and for strengthening their position towards their opponents. There cannot be any relation between “peoples’ interests” in the name of “energy independence” of the EU from the oil and natural gas of Russia.
There is no excuse for the “deafening” silence of the Euro-Atlantic parties that neither want to nor can they deviate from their line and Greece's strategic partnership with the murderous state, the terrorist state of all the peoples of the Middle East. The last "achievement" of the "group" is the promotion of the bill for the ratification agreement of the “EAST MED” pipeline, which puts Greece even deeper in the “pit with the snakes” of contradictions of imperialist unions and states focusing on energy and their transport routes.
The anti-imperialist, anti-war movement - once again - brings to light the atrocities of Israel, the settlements, demolition of houses in the context of collective punishment of the Palestinian people. It is provocative and dangerous to observe today the Pompeo-Netanyahu meeting that further enhances the Israeli aggression. But also the attitude of government and political parties is absolutely hypocritical since they share words of sympathy for the Palestinian people while on the other hand they deny the implementation of the unanimous Parliament's decision of 2015 on recognition of the independent state Palestine on the 1967 borders with East Jerusalem as its capital, the right for the return of all Palestinians refugees to their homes, the release of political prisoners from Israeli jails and the abolition of all settlements in the Palestinian territories.

SOLIDARITY WITH THE PEOPLE OF PALESTINE!