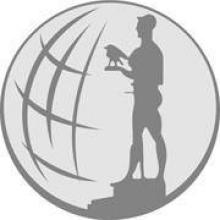 The Belgrade Forum has accured 16 years of activities invested in promoting the idea of peace and cooperation, equality of individuals, nations and states. Over these years, the Forum has published almost 200 books, organized numerous international and national conferences, participated in various international gatherings, and took part in peace building activities across the world. We maintain contacts and cooperation with a significant number of similarly oriented organizations, in the country and abroad, both bilaterally and within the World Peace Council. Recent international conferences dedicated to the marking of the 100th anniversary of the First World War and the 40th anniversary of the establishment of the OSCE, organized by the Forum with partner associations from Russia, brought together intellectuals, diplomats and other prominent experts from Serbia, the region and from about 40 countries, thus illustrating the range of contacts and the reputation of the Forum.

These are some of the highlights presented at the annual assembly of this independent, non-partisan association, held in the Belgrade`s “Progress” Gallery, attended by a large number of members, friends, and representatives of other associations, scientific and cultural institutions, and the diplomatic corps.

The Forum was appraised as an established meeting place of the independent and open-minded thinkers and researchers engaged in the dialogue on the most important national, regional, European and global issues, such as: development in the period of crisis, policy of active neutrality, global interventionism, the background of rewriting the history, international terrorism. The Forum stands for the respect for the system of the international law based on the UN Charter, and the strengthening of the role of the United Nations, whose Member States, as equals, embody the only legitimate international community. In accordance with this, the Forum holds that the Dayton Accords on peace in Bosnia and Herzegovina and UN SC Resolution 1244 on Kosovo and Metohija, being of a permanent nature, make an integral part of the international law. The pressures and manipulation used by foreign power canters, aiming at either, revising both of them, or making Serbia abandon them in return for the promise of a faster pace towards EU membership, in the view of the Forum, pose a threat of renewed destabilization in the region, and are unacceptable.

The Forum has achieved significant publishing result. Its publications have evolved into references for numerous researchers, analysts, and scientist all over the world who are interested in facts and undistorted evaluations of vital regional and global issues. It is especially encouraging to see the growing interest for the Forum’s editions among the young researchers from Europe, Asia and Americas. The book titled “Serbia in the Great War 1914-1918”, prepared by Professor Mira Radojević and Academician Ljubodrag Dimić, was published jointly by the Belgrade Forum and the Serbian Literary Association, in Serbian, Russian, English and German languages. This scientific-popular book has been promoted throughout the region, Europe, Asia, America and Australia, arousing significant interest among the scientist and the general public.

The majority of the Forum’s publications are dedicated to the problem of status of the province of Kosovo and Metohija, to the goals and consequences of NATO aggression against Serbia (the FRY), and the breaking up of Yugoslavia. The latest book of Professor Radovan Radinović, retired General, titled “The Character of Wars Breaking Up Yugoslavia”, recently published and presented in this Annual Meeting, reveals the thematic orientation and analytical ranges of the Forum and its members. The book was presented by Ph.D. Stanislav Stojanović, as its editor and the author of the Foreword.

International terrorism is a long-standing, global threat, one that may not be eradicated by applying military and repressive measures only, but rather by resorting to a coordinated global strategy under the auspices of the UN Security Council. Such strategy should comprise measures conducive to an accelerated economic, social, educational and cultural development of the regions of the origin of extremism and terrorism. A renewed support was given to the initiative for holding a world summit to prepare and adopt an international convention on combating terrorism, under UN auspices. At this stage, it is essential to cut all channels of funding, arming, infiltrating and training of the terrorists.

The problem of refugees and mass economic migrations is the result of sustained policies of exploitation and global interventionism against the developing countries, which paved the way for a gaping social and economic chasm between the rich and poor parts of the world. In essence, the egotism, voracity and racism exercised by the multinational corporations led to the rise of all kind of extremism, terrorism, and mass migrations of people. Still worse, certain wealthy powers are misusing terrorism for the purpose of expanding their own geostrategic interests, thus stimulating the actual dissemination of terrorism and its boomerang effects.

The refugee and immigrant crisis are evolving into a lasting process and the state of the modern civilization. It is but an illusion that this crisis can be resolved by means of palliative, technocratic and/or Cold War methods such as erecting walls, deploying the military and the police along the borders, setting up a quota system, separating immigrants into desirable and undesirable ones, establishing mammoth collective centres, invoking the readmission rules, or the like. Certain European countries act as if they wished the Balkans of today to function as an updated Austro-Hungarian day Krajina, namely, as a barrier or an immigrants sanctuary, so to allow these countries keep enjoying the benefits of the accumulated wealth! Unfortunately, this is presently not viable. What is necessary are the fundamental, long-term changes in global approaches of the most responsible states: abandoning the policy of military expansionism and global interventionism, the policy of violent overthrowing of the legally elected governments of the countries pursuing independent policies. It should be clearly stated that the wars, instigated by the Western countries and NATO and the resulting uncertainty and havoc, are the key driving forces that push the millions of hopeless, rather than these peoples’ laziness or wish for an easy life!

The report and the discussion participants underlined that Serbia should take a more resolute stance concerning the persecution of Serbs from Kosovo and Metohija, and also concerning the disenfranchisement of parts of the Serbian nation residing in the former Yugoslav republics, especially those living in Croatia and Montenegro. Also reaffirmed was the Forum's initiative to establish the Council of Serbs from the Region, to address their common problems and monitor the state of human rights in line with the international standards.
The gathering also expressed unanimous solidarity with Oliver Ivanović and with all other victims of the politics, the political persecution and the policies of double standards prevalent in EU institutions. Serbian national and state interests and the dignity of the Serbian nation must take precedence over any other values and short-term calculations.

Belgrade Forum for a World of Equals