The 40th Peace Marathon March was held by the Greek Committee for International Détente and Peace (EEDYE) on 22nd May 2022, which coincided with the date of the assassination of Grigoris Lambrakis, Vice-President of EEDYE and MP, in 1963 in the city of Thessaloniki.

Many hundreds of peace fighters started early Sunday morning at the historical Marathon the 42 km march by paying first tribute at the memorial of Grigoris Lambrakis, reaching with several stops over the day and respective events at municipalities in the course of the march its final rally point, the Ministry of National Defense. During the day the march, many hundreds more peace marchers joined along with many more at the final rally point

A large rally was held late Sunday afternoon at the Ministry of Defense where the 40th Peace Marathon March, which started at 8 am from the Marathon Tomb, conveyed the message of opposition to the imperialist war, to Greek participation in it and to engagement to the dangerous NATO plans in the broader region.

At the start of the march a speech of greetings was held by the President of EEDYE, Stavros Tassos, while the main speaker at the final rally was Thanassis Pafilis, MP and member of the National Council of EEDYE and General Secretary of WPC. Solidarity messages by the Peace Committee of Turkey and the Cyprus Peace Council were read out at the rally.

Speeches of Stavros Tassos and Thanassis Pafilis are attached. 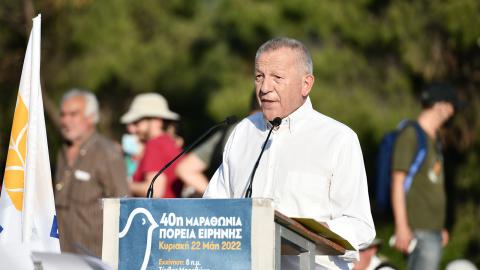 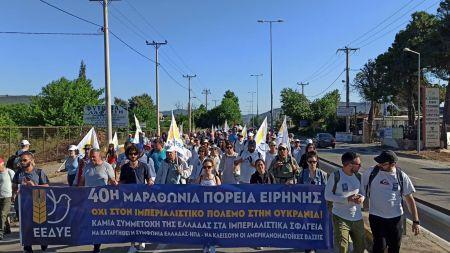 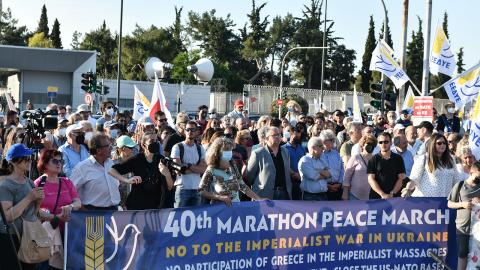 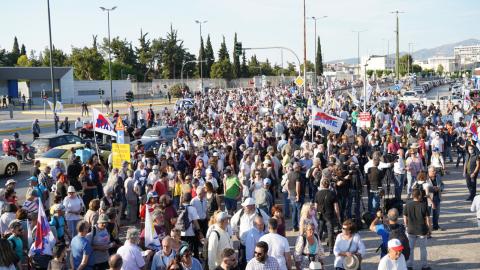 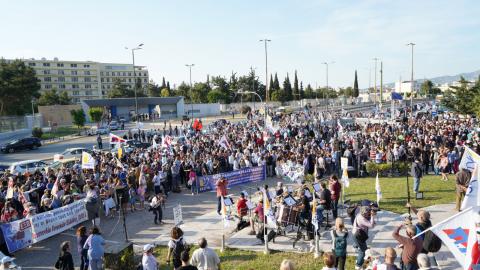 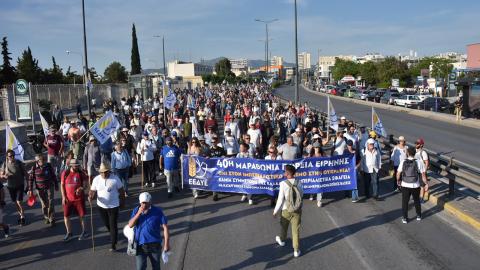 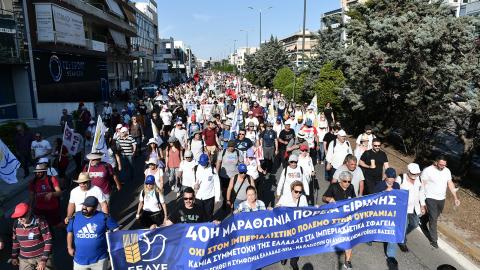 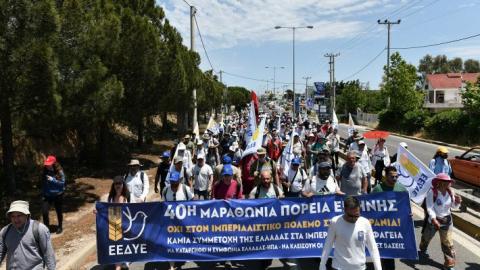